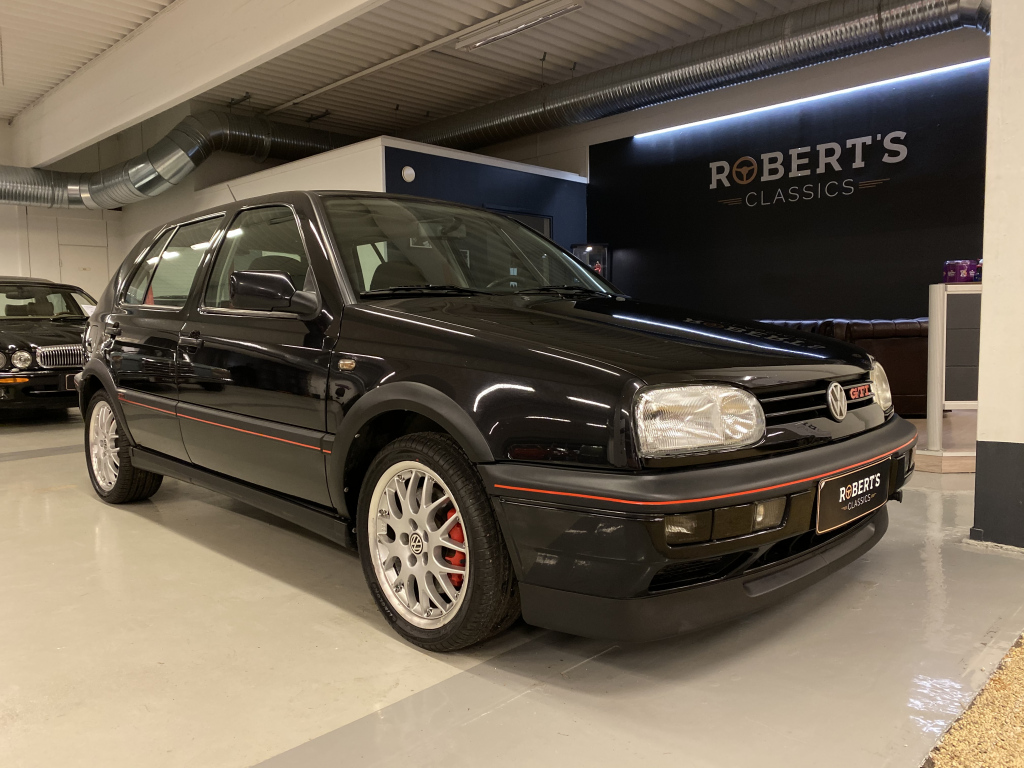 FWD
Volkswagen produced a limited quantity of 1000 special-edition 3 and 5-door GTI Anniversary models, celebrating 20 years of the GTI model. This had the usual GTI specification but came equipped with special chequered Recaro front sport seats and matching rear seats bearing the GTI logo, red seat belts front and rear, aluminium golf ball gear knob, red stitched leather steering wheel and handbrake gaiter. The release knob on the hand brake was also red and silver instrument dials. Floor mats also had red piping along their edges. The red theme continued externally with a red striping on the bumpers and red brake calipers. The wheels were 16" split rim BBS RS 722 alloys, visually similar to the 15" that were found on VR6 model. Also featured were brushed stainless-steel rear twin tailpipes on the exhaust and smoked front fog and indicator lamps to match the rear lamps. 3 optional extras were made available: electric sunroof, air conditioning and metallic black paintwork. Insurance was based on the standard GTI which made this version a very desirable model. The edition was sold in only 6 colour schemes and the 1000 number figures that were produced was as follows: 600 8 valve models, 150 16 valve models and 250 TDI models. The diesel model was only produced for the European market and was not sold in the UK. This car is in great original condition and has full service history, until 2011 maintained only at offcial VW work shops. It has the bullet proof 8 valve engine. Timing belt and oil change recently done. Don't miss this rare opportunity to buy a true collector piece, one of only 1000 ever made!