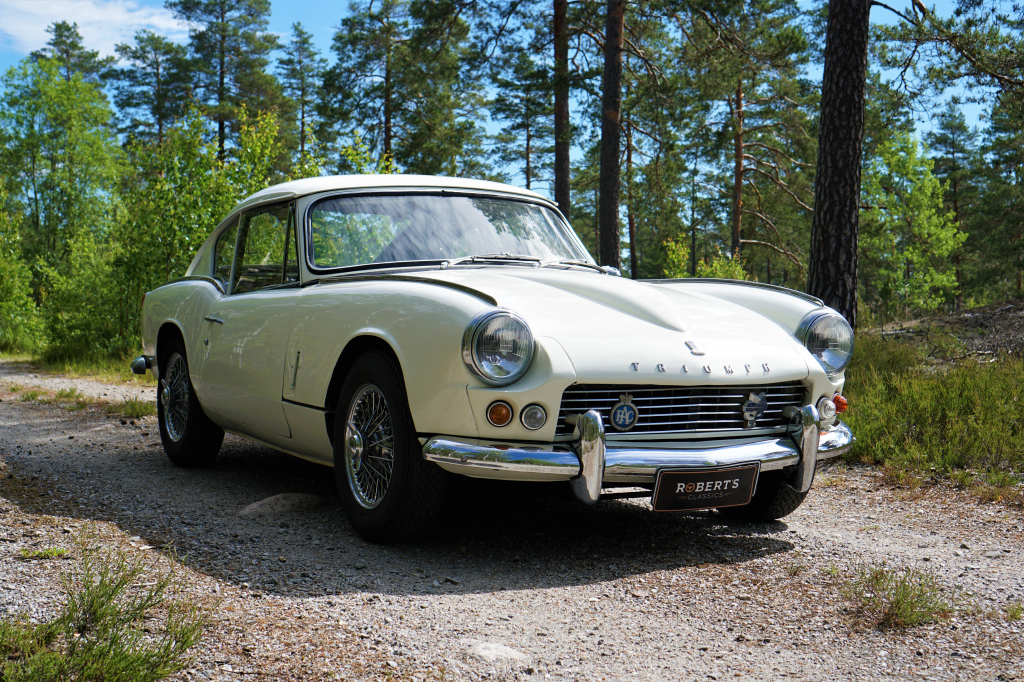 RWD
Desirable MK1 GT6, left hand drive version. Sold as new in Sweden, where it only had two owners until it was bought by a Finnish cardealer and imported to Finland in 2012. The Finnish owner had the car fixed up and resprayed to Triumph white, originally it was green. In 2013 the car was sold to a Finnish enthusiast who has kept the car until now. Sparingly used, mostly taken for Sunday drives and attending some car shows. The car is in a fresh condition, runs and drives really good, but is not in a perfect "mint condition". This is a classic that you can, and should use. Such a pleasurable little British sports car! Worldwide shipping available!